Download the latest presentation and abstract by CSA Global Consultant, Dr Rob Holm and co authors on the ‘Provenance and Tectonics of the Allochthonous New Guinea Terranes: Implications for the Formation and Evolution of Regional Basinsolm’ delivered at the recent 1ST AAPG-EAGE Papua New Guinea Petroleum Geoscience Conference and Exhibition between 25-27 February 2020 in Port Moresby, Papua New Guinea.

Papua New Guinea resides in a complex tectonic junction between the Australian continent, the Southwest Pacific, and Southeast Asia. Resolving the plate tectonic evolution and basin history of this region has proven difficult to date due to the plethora of contradicting geologic models that stem from a lack of constraining regional datasets. A growing body of geochronologic, geochemical and isotopic data acquired over the past decade has led to a progressive shift from a largely autochthonous terrane model, to one of continental breakup, allochthonous terranes and late Cenozoic terrane accretion. Findings from a compilation of regional zircon and biostratigraphic age data provide a robust evidence-based provenance model that confirms many of the terranes are allochthonous in nature and indicates that existing tectonic reconstructions require major revision. 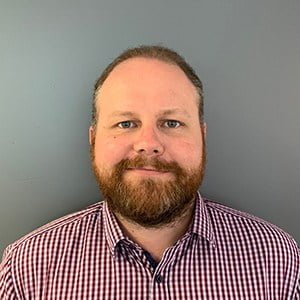 Robert Holm is a Principal Consultant at CSA Global, an Adjunct Lecturer at James Cook University, and founder of the Papua New Guinea Geoscience Network. He has expertise in PNG tectonics and draws from a diverse background encompassing both the minerals and oil and gas sectors. Robert unravels complex tectonic settings to deliver integrated geological solutions, employing multidisciplinary methods that include, but are not limited to, structural geology and geodynamics, geophysical interpretation, petrology, geochemistry, and geochronology. 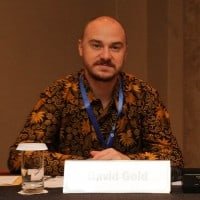 David Gold is a biostratigrapher and carbonate sedimentologist working for CGG in North Wales, UK. David completed a PhD at Royal Holloway, University of London in 2014 conducting research for the Southeast Asia Research Group (SEARG). His research for SEARG focused on Neogene carbonates and basin formation in West Papua, Indonesia. David joined CGG in 2014 where he further specialised in the regional geology of sub-tropical regions including Southeast Asia (Australia, Indonesia, Malaysia, Myanmar, Papua New Guinea and Thailand). David is a member of the Papua New Guinea Geoscience Network.