Peter (A.C.A.) Howe, a well-known and respected member of the Toronto exploration and mining community, and founder of the independent geological and mining consultancy firm A.C.A. Howe International Limited passed away peacefully in Toronto on June 12, aged 88.

Born in Jakarta Indonesia, Peter attended schools in England and Australia, eventually graduating in 1949 from Imperial College with a degree in mining engineering, and as an Associate of the Royal School of Mines, London, England.

He was a registered Professional Engineer of Ontario and a Fellow of the Canadian and Australian Mining and Metallurgical Societies.

Peter’s experience included the management of small gold mines in Zimbabwe before becoming a resident of Canada.

In 1960 Peter commenced consulting for exploration companies in Canada and founded consulting firm A.C.A. Howe International Limited in Toronto.  During the ensuing years, he expanded the company’s operations to Australia, England, South Africa, and Indonesia.

A.C.A. Howe International continues to operate today as part of the CSA Global Group of Companies.

Peter was also instrumental in the founding of Howe Exploration and Development Co. Ltd. (“HED”) which operated as a mining contractor. HED’s primary purpose was to re-open old mines to facilitate the exploration of deposits before a feasibility study.

During his career as a consultant, exploration programs led by Peter resulted in several producing mines, including Tantalum Mining Corporation of Canada’s (Tanco) Bernic Lake tantalum mine, Jabiluka uranium deposit in Australia and the Wheal Jane tin mine in Cornwall, England. Peter was instrumental across three gold producers in Indonesia which included the Mt. Muro, Ampalit, and Mirah mines, plus an alluvial diamond deposit in the Central African Republic.

He was a great mentor to his many employees and associates, many of which are active and respected members of the exploration and mining community today.

Peter is survived by his wife Jovette, and his two sons Anthony and David, and his sister Anne in England.

A celebration of Peter’s life will take place during the 2018 PDAC Convention in Toronto, March 4th to 7th. 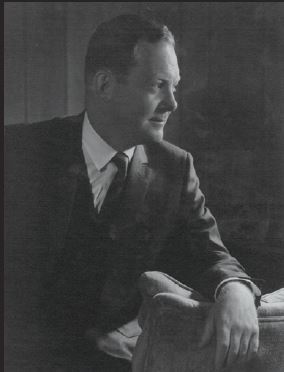