The emergence of electric vehicle (EV) and energy storage markets, driven by a desire to reduce carbon emissions, has prompted significant exploration for natural graphite and lithium for use in lithium-ion (Li-ion) batteries over the past four years or so.

Global battery production has been forecast to increase by up to five times over the next ten years, which is anticipated to place pressure on the battery supply chain.

Global lithium production, including carbonate, hydroxide, spodumene and other minerals, has grown from about 0.1Mt in the 1950s, to an estimated 0.6Mt in 2013. Lithium is consumed in a number of markets including batteries, glass, ceramics and lubricants, with global production estimated to have been around 180kt Lithium Carbonate Equivalent (LCE) in 2014.

Lithium is found in three main geological settings: Brines, Pegmatites and Clays. Brines are the largest resource, followed by hard rock (pegmatite) and then other sources such as clays. Pegmatite exploration has been especially active in Western Australia and Canada. For example, Mineral Resources totalling approximately 230Mt at 1.25% Li2O have been recently discovered at four deposits in Western Australia, bringing the publicly-reported total for this State to 349Mt at 1.64% Li2O.

Natural graphite is found in three forms: Flake, Amorphous and Vein. Recent exploration has focussed on flake graphite mainly in Mozambique, Tanzania, Canada and Australia; this activity has discovered in excess of 3.7Bt of Mineral Resources containing approximately 350Mt of graphite. The largest deposits are in Mozambique and Tanzania, an area noted for large, high purity flake. Although junior explorers have slated more than 1Btpa of flake graphite production, it is considered that the ramp-up will be slower than anticipated and that many hopefuls will fall by the wayside. 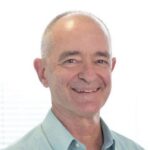 Andrew is a geologist with more than 25 years’ experience in industrial minerals exploration, product development and sales management.  Andrew has published several papers on the requirements of the JORC Code 2012, with specific reference to Clause 49.  He is a regular contributor to Industrial Minerals Magazine and has written articles about QA/QC, bulk density methods and petrography for industrial minerals exploration, in addition to co-authoring several papers that ranked global graphite exploration projects.  He was recently senior author of two significant reviews: “Natural Graphite Report – strategic outlook to 2020” and “Drilling grade barite – Supply, Demand & Markets” published in 2015 by Industrial Minerals Research (UK).  Andrew is a Registered Professional Geoscientist (RP Geo. Industrial Minerals) with the Australian Institute of Geoscientists.