CSA Global is honoured to have Mining Engineer, Joan Bath recognised in the AusIMM 125 Faces Campaign in 2018.

This year marks AusIMM’s 125th anniversary; marking this milestone is a number of planned special events and activities.

AusIMM wouldn’t be where it is today without our members. The campaign showcases a range of hardworking, talented, and inspiring people from the Institute and industry.

In a unique campaign that reflects the diversity of experience, age, gender and background of our industry professionals, AusIMM members have nominated their colleagues, mentors and leaders. with final selection of the 125 nominees made by an advisory committee consisting of senior members.

The campaign features a series of biographies published throughout the year on this specially created website. These biographies detail the aspirations and achievements of the selected professionals – including some innovations and inventions that have made a global impact.

The AusIMM 125 Faces campaign is an opportunity to celebrate the people who make up our industry and have shaped – and will continue to shape the AusIMM story.

Help us in celebrating Joan Bath! 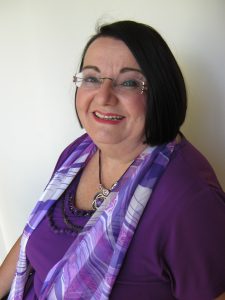 In 1971, Joan Bath unwittingly made history by enrolling in the School of Mining Engineering at the University of NSW. Four years later, with first class honours, she was the first female to graduate as a Mining Engineer in Australia. At that time, it was illegal for women to work underground, which did not change until the second half of the 1980s.

For the first years, only city-based office employment was available; however, in 1981 Joan moved to the Ranger Uranium Mine as Mine Planning Engineer and continued with open cut mine site employment for the majority of her career in both production and technical services roles. She has worked throughout Australia in a range of commodities including uranium, bauxite, gold, mineral sands, base metals, construction stone and iron ore. Many of these operations were technically challenging and environmentally sensitive.

Towards the turn of the century, she moved to consulting/contracting roles and continued with this until her retirement in 2015.

Joan has seen many changes in the mining industry over her career. She believes that the two changes having the greatest impact are the development of computer-based mine planning packages and the introduction of fly in, fly out work, with associated 12-hour shifts.