BMC Minerals to present on the Kudz Ze Kayah Project

CSA Global is excited to announce our client, BMC Minerals will deliver a talk to the Toronto Geological Discussion Group on 7 November 2017 on our current Kudz Ze Kayah Project, located in the south central Yukon.

The Kudz Ze Kayah (“KZK”) Project is located in the northern Pelly Mountains, ~135 km south of Ross River in south central Yukon. The project, covering nearly 23,000 hectares of the Finlayson district, includes the ABM (~20Mt) and GP4F (~1.7Mt) volcanic hosted massive sulphide (VHMS) deposits of Mississippian age. Since acquisition of the KZK property in January 2015, more than 40,000 m of diamond drilling has been completed, principally aimed at confirming the veracity of historic work undertaken by Cominco, the completion of a resource estimate compliant with modern reporting standards, and the collection of data as the basis for mining feasibility studies and permitting.

ABM is a Cu-Pb-Zn-Au-Ag-rich massive sulphide deposit, comprising the ABM and Krakatoa zones separated by late-stage brittle faulting. Mineralization is dominated by massive sulphide with a lesser component of stringer/disseminated mineralization. The deposit subcrops beneath 2-20 m of overburden, dips at ~35° to the northeast, and extends ~800m along strike and at least ~600m down dip. Mineralised host rocks are dominated by coherent and volcaniclastic felsic rocks, with lesser mudstone either intermingled with rhyolitic material or locally forming discrete horizons up to several meters thickness. A mafic sill occurs in the footwall to the ABM deposit and is host to a significant portion of the mineralization in the Krakatoa zone 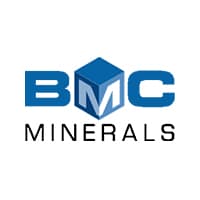