Meet Principal Consultant-Structural, Dr Steve Bodon at the Garry Davidson Symposium when he presents his PhD research on the “Geology and genesis of the Cannington silver-lead-zinc deposit” situated in northwest Queensland between the 22 to 24 October 2018 at the Centre for Ore Deposits and Earth Sciences (CODES),  University of Tasmania, Hobart, Australia.

The Cannington deposit is currently mined by South32 and takes its name from from the sheep and cattle station where it was found in North West Queensland.

Dr Garry Davidson (1959 – 2017)
Garry was a senior lecturer in economic geology, geochemistry, and groundwater in the Discipline of Earth Sciences and CODES. He had substantial roles in teaching, supervision, research and administration. Garry enjoyed field. He was mentor to scores of students, and trusted friend to many more.

Following completion of a BSc in geology from ANU, Garry worked for three years in the exploration industry. His PhD was undertaken at UTAS, under the supervision of Professor Ross Large.

Garry’s PhD evaluated the geology and origin of the Starr and Osborne IOCG deposits, Mt Isa Inlier. After completing his PhD, Garry was appointed to a variety of teaching and research roles within CODES / Earth Sciences, and was Senior Lecturer in Earth Sciences at the time of his passing. His particular research interests were iron oxide copper-gold deposits, related oxidised systems, and stable isotope applications to ore genesis and exploration.

Garry made significant contributions to our understanding of IOCG, VHMS, sedimenthosted base metal, uranium and orogenic gold deposits. The Garry Davidson Symposium honours Garry’s memory by providing a state-of-the-art appraisal of the characteristics, origins and exploration for these significant mineral resources. 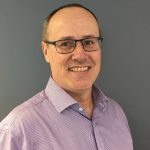 Dr Bodon graduated with a doctorate from CODES in 2002 on the Cannington Ag-Pb-Zn deposit.  He has worked for the past 15 years in the oil and gas sector managing exploration and production assets in Africa, including major offshore JV developments in West Africa.