The Chamber of Minerals and Energy of Western Australia (CME) announced today the 19 finalists in the 2020 Women in Resources Awards.

Congratulations to Principal Consultant, Ivy Chen, chosen from more than 100 nominees from a range of companies in the Outstanding Woman in Resources Category.

“A diverse workforce is one where employees feel more engaged. It’s a more creative and productive one. Diversity leads to better discussions, decisions and outcomes for everyone,” stated CEO Paul Everingham.

CME said the significant increase in nominations for the 2020 awards reflected the importance the resources sector placed on gender diversity.

The final nominees in Outstanding Woman in Resources Category are as follows:

The winners will be announced at the Women in Resources Awards dinner at the Perth Convention and Exhibition Centre on Friday 6 March 2020 and will be hosted by Annabel Crabb, ABC News Online’s chief political writer, commentator and author. 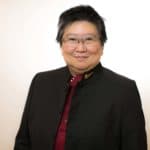 Ivy leads the CSA Global risk committee, assessing projects for financial, operational, environmental, logistical and sovereign risk. She started her career in the resources sector in 1987, working at mines in Leonora, Southern Cross, the Pilbara and central China. She has led mine geology and resource estimations teams in China and Australia.

Ivy was the national adviser for geology and mining for the Australian Securities and Investment Commission (Australia’s federal corporate regulator) for six years and heavily involved in the updates of the 2012 JORC Code, the 2015 VALMIN Code (the Australian code for technical assessment and valuation of mineral assets) and the ASX listing rules for mining and oil and gas. She was awarded a public service Australia Day medal in 2013 in recognition of her outstanding services for this work.

Ivy was also the first woman to Chair the Perth Branch of the Australasian Institute of Mining and Metallurgy (AusIMM) in 2013 and 2014. She is a current director of the AusIMM nationally.

Ivy has been a Women in Mining WA mentor for women in the mining industry since 2013, and for at-risk high school students with the Smith Family, through their iTRack online mentoring program.