Technology Metals Australia (ASX: TMT) has reported a 57% resource upgrade for its Northern Block tenements, which is part of the company’s flagship Gabanintha vanadium project in Western Australia’s mid-west.

According to Technology Metals Australia, there is opportunity to expand the project’s resources, particularly, within the Southern tenement.

Meanwhile, metallurgical test work on Gabanintha ore is underway. In late February, the company announced it had recovered up to 97.8% vanadium in magnetic concentrate. Vanadium grading around 1.3% and higher was also extracted from test work on the ore’s higher-grade zones.

The metallurgical study results and resource upgrade will be incorporated in the pre-feasibility study, which will evaluate potential flowsheets and focus on extracting vanadium using traditional salt roast and leach processing techniques.

In addition to exploring processing methods, the study will also create open pit design, as well as an initial mining and production schedule along with cost estimates. 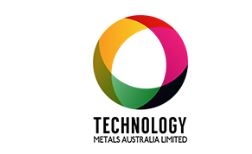