Hosted by the AusIMM and Murdoch University, the conference will showcase the latest research, developments and innovative technologies relating to Lithium and its expanding market.

Join in-person in Perth or online as the conference delves into the current and future challenges impacting the industry, such as the supply and demand of commodities, ESG, mineral processing, and energy storage.

The Uis Tin Mine, owned by Afritin, is underlain by a portion of the Uis pegmatite field. Tin (from disseminated cassiterite) was mined from sixteen pegmatites on the Uis mining licence during the period c.1960-1990 by the Namibian subsidiary of the South African company ISCOR (Iron and Steel Corporation (Pty) Ltd) and at its peak, was the largest hardrock tin mine in the world (CSA Global, 2019).

Lithium mineralization in the Uis pegmatites is hosted in petalite and has never been recovered as a by-/co-product. Recent exploration drilling conducted in 2019 and 2021/2022 has confirmed tin mineralisation and the presence of signification petalite-hosted lithium mineralisation. The V1-V2 Mineral Resource estimate dated 16 September 2019 reported 71.54 Mt at 0.134% Sn (comprising Inferred, Indicated and Measured categories) and 0.63% Li2O and 85ppm Ta (Inferred category) making it one of the larger lithium-bearing pegmatites in Africa.

The presentation will provide an update on Afritin’s 2021/2022 exploration results, focusing on the petalite mineralization and market considerations. 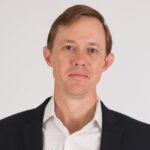 Michael is a geologist with approximately 20 years’ experience in African geology and exploration throughout Africa and parts of the Middle East. He has broad commodity experience in PGMs, chrome, gold, base metals, coal,
gold and zirconium. Michael has significant experience in lithium, tin and columbo-tantalite mineralisation, pegmatite and vein hosted mineralisation types. He is qualified as a Competent Person/Qualified Person for pegmatite hosted mineralisation in terms of international reporting codes (JORC, SAMREC, NI43-101). He is a member of the South African Council for Natural Scientific Professions, a fellow of the Geological Society of South Africa. He has lectured to the Exploration Geology, Master of Science course at Rhodes University on the topic of Exploration Geochemistry and most recently Pegmatites.

Tim graduated with a BSc Honours (Geology) and has focused on exploration throughout his career, he furthered his education while working completing an MSc (Economic Geology) in 2018. Tim has experience in various commodities including, copper, iron ore, vanadium, undertaking mapping, sampling and drilling programmes. As he gained experience his role evolved into the development and planning of exploration programmes which included budgeting, community consultation and ensuring legislative compliance in addition to execution and reporting to codes (primarily JORC). His role in project development and evaluation across Africa culminated in his addition to the Afritin mining team in 2017 as the head of exploration which has subsequently identified one of the worlds largest hard rock tin, lithium and tantalum mines.

Meet CSA Global at the COM 2022 Conference of Metallurgists