CSA Global is delighted to announce Principal Consultant-Corporate, Alexey Tsoy will participate in the MineTech-2nd Mining Technical Challenges and Solutions Competition at the 14th Russian Mining and Exploration Forum, MINEX RUSSIA 2018 between 2-4 October in Moscow, Russia.

Alexey will present on Strategic Schedule Optimisation; forming part of this year’s MINEX conference “Building Up Innovative Excellence in Mining and Exploration” which will aim to facilitate open discussion on mining development across Russia’s metal-rich regions, renewal of mineral reserves and resources, industrial infrastructure development, and outline innovative solutions for mining modernisation. 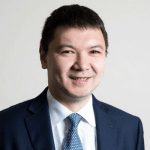