Congratulations to Julian Vearncombe from SJS Resource Management and CSA Global Principal, Mick Elias on their jointly authored paper “Yilgarn Craton-mineral deposits and metallurgy” which features in The Australian Ore Deposits monograph published in 2017 by AusIMM.

The Australian Ore Deposits monograph is a comprehensive data source of the great mineral resources and exploration successes of our vibrant mining industry and incudes more than 170 papers in the volume.

The monograph summarises regional geology and mineralisation for the different geological provinces, and these are followed by numerous descriptions of existing mines.

The Yilgarn Craton forms a large part of inland central and southern Western Australia. It hosts gold mines in the Kalgoorlie to Wiluna area, at Norseman, Meekatharra and Boddington; nickel from Ravensthorpe to Kambalda and Leinster; bauxite (aluminium) ores in the Darling Range; copper-zinc at Golden Grove; tantalum at Greenbushes; iron ore at Koolyanobbing; and uranium at Yeelirrie. In the second half of the 20th century, the Yilgarn witnessed a transformative period in the resources industry which included the discovery and successful exploitation of a new deposit type (komatiite-hosted nickel sulphide), a massive boom in exploration and mining of Archaean lode gold, and developments in a number of other commodities. By 1999, twenty million tonnes of nickel had been identified, and the gold inventory rose in 20 years from 4 million ounces to 100 million ounces, despite the mining of about 100 million ounces over the same period. Nickel production reached 170,000 tonnes per annum and gold production was ~6.5 million ounces per annum. Western Australia was converted from a small economy based largely on agriculture to the world’s mining powerhouse. These commercial successes spawned research yielding new deposit models, a new appreciation of the regolith that blankets the Yilgarn and the tools to work beneath that regolith.

The two-day Yilgarn Retrospective Symposium held in March 2015 was designed to provide a comprehensive appraisal of this momentous era 1950 to 1999. The meeting reviewed the importance of what was learned from this highly successful period, with implications for the challenges of the future, and formally acknowledged the achievements of teams and individuals, some of whom are no longer with us.

This historic meeting was convened by Mick Elias and Julian Vearncombe. It brought together a remarkable group of players from industry, academia and government who contributed to the success of this era. 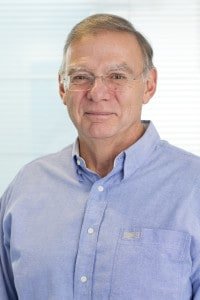 Mick is an expert in all aspects of nickel resource assessment and development in both laterites and sulphides. He has 35 years’ experience in the nickel industry conducting project generation and evaluation, exploration planning and management, development studies, open cut and underground mine geology, resource/reserve estimation, and resource economics. He has worked on the technical and financial evaluation of many nickel deposits throughout Australia. His international experience includes Cuba, Indonesia, Madagascar, Philippines, New Caledonia, Canada, Turkey and Brazil.